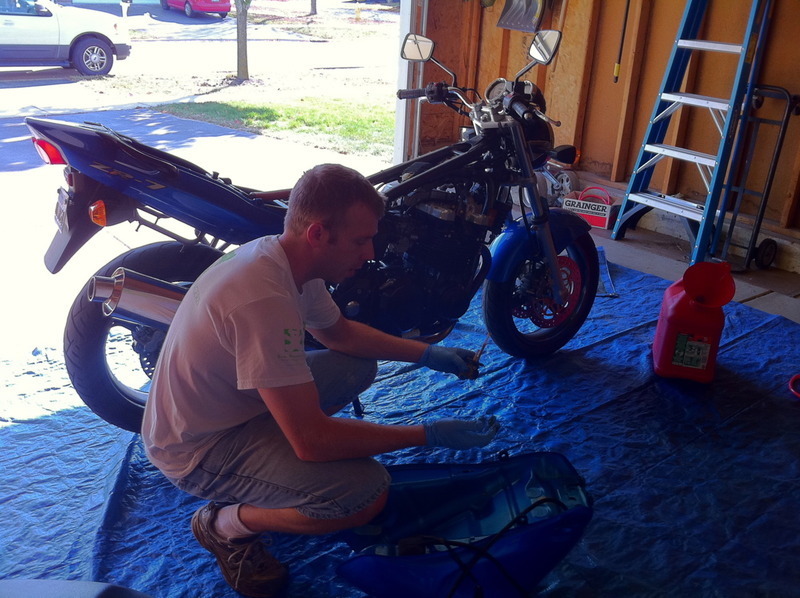 Well, I went through the process of removing the gas tank on my bike this afternoon. My parts to replace the petcock shipped on Friday so with any luck they will arrive on Monday or Tuesday, I can get this thing back together early in the week and I can still get a ride in with the good weather.

Tank removal was surprisingly easy. Took only about twenty minutes. Pulled a few hoses (gently) removed the fuel indicator and viola. Getting the remaining fuel out of the tank proved to be a little more tricky. In short i got it everywhere, but most went in the fuel can.

Attempted to make a run today on the Historic Lincoln Highway in Illinois. The initial plan was to head out towards the DeKalb area. Unfortunately I ran into problems unable to find the historic placemarkers to get me in the right direction. You can see from the trail below that I had several instances where I had to backtrack. Overall not a bad ride, but not productive either. 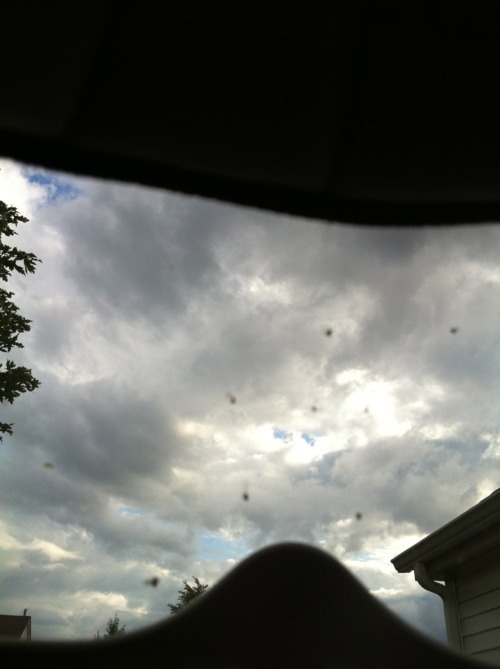 A good ride this afternoon on some back country roads. As is probably the case with a lot of riders I got lost in the moment and got a little bit cocky. Several of the turns along the route had gravel on them, in one case I hit a straight up gravel road. That definitely humbled me.

I attempted to get some good photos of myself and the bike near Brook Road, but found my camera does not have a timer feature on it. Regardless though the trip was a good one, but I can see already that my bike begins to hurt my butt and back. Most likely the angle at which it sits.On a side note I noticed that I was covered in bugs after the ride. I had to clean off my jacket and my helmet. From the photo you can see what I am talking about. This got me thinking though that apart from the safety of a helmet, wouldn’t a person want to wear one just so they don’t get a face full of that?

Amazing how motorcycle ownership is a bit of a secret society. People who I never knew owned bikes or who I did and never really had a conversation with suddenly seem all the more interested to hold a conversation with you. This is not even mentioning the ritualistic wave you get while riding.

So I have owned my motorcycle for all of about three weeks at this point and I am already getting wrapped up into the world of gear, accessories and other bikes. I was surprised to learn about how many people own more than one bike. I can see why now. With the riding ranging from touring to dual sport there is so much to do. Even before I got this motor ycle I was I treated in touring. Something about heading out west appealed to me. Not a huge fan of the giant bikes though. After reading the Fuzzy Galore blog though I now have an interest pique in dual sporting. Have I mentioned I have only owned this motorcycle for three weeks?