Another gaming update. So what have I been playing since I last posted in May? A good bit actually.

Syndicate was a rather average cyberpunk FPS game. The graphics in the game were quite good for the Xbox, but the gameplay overall was pretty dull. Your basic run and gun shooting with a slow time mechanic that I often times forgot was even there. I was pretty disappointed overall since I really love cyberpunk on the whole.

Shadows of the Dammed

Here is a game that I heard a lot of people talking about when it came out. It is supposed to have a lot of "B" movie charm to it. What it does have is a lot of teenage sexualized drama. I dunno what it is, but the whole over the top sexual thing with the Japanese really annoys me these days. It makes me think their society of men are just perpetually stuck in a sort of adolescent phase. Soap box aside, the overall game I am not really enjoying. The shooting mechanic has to be so precise to make a hit that I just find the game frustrating. I just don't have the time to mess around with perfecting perfect skill shots in a game in order to effectively progress my way through it.

Overall the game just reeks of a bit too much Japanese game design in it in all the wrong ways for me. It is also of the horror genre, which has never really been an genre I have found interesting apart from the original Silent Hill.

Overlord is one of my favorite games from this generation. The first game nailed the Pikmin clone while adding just enough of other elements to make it unique. Overlord II came around and it is basically just more of the same, all the way down to the training and origin story. It again, was rather disappointing since I would have liked to have seen more divergence from the first game. Still and OK game and the end boss this time around was a lot less frustrating (perhaps too easy).

I normally hate open world sandbox games. Saints Row 2 and Crackdown really changed my mind this past generation and Saints Row: The Third was such a highly hyped game that I had to play it. I think it may have been a product of it being over hyped, but I felt the game was just "OK". It is certainly solid and still has one of the better shooting mechanics. It even had some really great moments with some songs, etc. Overall though I found myself bored, as I do with most sandbox games with doing the same actions over and over in the side missions. There is only so much driving and shooting one can do.

Overall, here was an excellent stealth action game. A nice art style with good mechanics and interesting game play. I still felt a bit over-hyped for this game a bit, but it is definitely a world I would like to go back to. My only major gripe was the amount of backtracking and returning to the same levels.

Alright, E3 is done and we have our new consoles coming out this fall. The Xbox One and the PS4. I have no idea what this point which one I plan on buying. Even before Microsoft's reversal on its DRM policies I didn't totally write the Xbox off. I currently live in the Live ecosystem and I love it for the most part. After checking out what Microsoft showed at E3 though, I can't help but feel that I am not the target audience for the Xbox anymore.

For me the console is going to primarily be a gaming console. Not a media center, not a streaming device. A lot of what Microsoft showed appeared to be focused along those line. I don't even pay for cable and the only streaming service I use is Netflix. And let's face it Microsoft, I am not going to use Xbox Music. Stop trying to make it happen. It seems like a lot of the services for the Xbox I will just never use. The whole cloud computing component does seem interesting though and I am not as down on the Kinect as some people are. Both can offer some really interesting gaming features in the future. The problem at this point though is that I just haven't seen good examples yet of how they would be used.

Now Sony had an impressive showing as well. The core gaming components seem more along the lines of what I want and after seeing the initial interface preview, I like the concept of a social network around gaming that they are building. Being able to share gameplay videos, chat with my friends and see what people are playing is compelling. I like how it isn't just trying to tie into Facebook, and to be honest I am more attracted to target social networks for the various hobbies I participate in. Being in a community that focuses on gamers will lead to more meaningful conversations about gaming rather than trying to wade through the volume of people of Facebook that don't care. I probably spend more time these days on Goodreads talking with people about books and reading than i do on Facebook itself.

What really has me excited more than anything else though is just the fact that I am seeing the heated debates once again showing up on the internet. The console wars are back and it is sort of satisfying to see the vigor at which people want to fight over the console. I think this next year is really going to be fun in the gaming world. 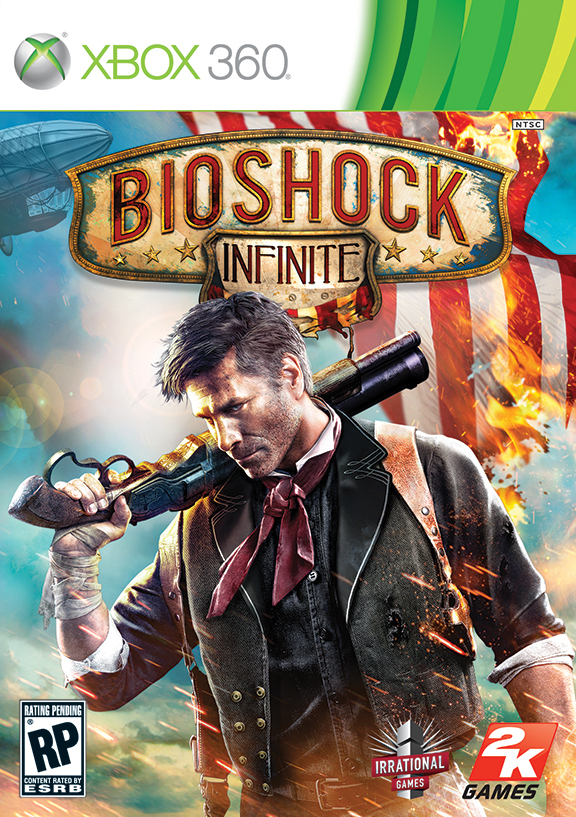 So I picked up Bioshock Infinite this weekend and sort of ravenously devoured it in the course of a couple of days. Columbia is a really cool world and I remembered why I loved the original Bioshock as much as I did. I don't know how to actually write this without giving away any spoilers to the game. Bioshock is one of those amazing stories where you finish it and your mind is racing, trying to process everything that just happened. I need to talk to someone about it, to digest it and chew on all that has happened.

Columbia is also a really cool world that Irrational created. It was nice to see an active, lived in world this time around as opposed to the already destroyed one of the original Bioshock.

It has been a while since a video game excited and I think I will need to go back and play this again.