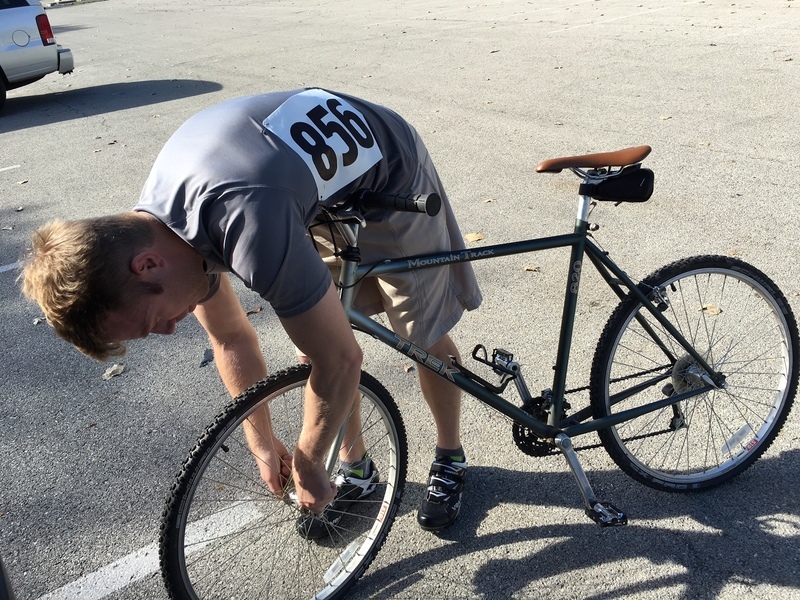 So I had my first taste of cyclocross this weekend on Saturday. Cyclocross is, lets just call it offroad bike racing. It is apparently very popular in the Chicago area.

My first race was in the Dan Ryan Woods yesterday. I was placed in the 4/5 Men's Group, which is basically the beginners group for the race. Races last about 30 minutes and the laps are determined by the pace of the top riders. So basically, that means that the race will end right around 30 minutes, not after a set number of laps.

I was the only rider using a mountain bike for the race. Most people were utilizing cyclocross bikes, which are basically a road bike with a few modifications to allow for some off road wheels. Let me state that cyclocross is hard. I feel like I am in pretty good shape, but this was just brutal. It is full out as fast as you can for 30 minutes straight. The course has significant climbs on it and my lungs were literally burning. I could not get enough oxygen to my body through this race.

So I finished in basically third to last place. There were a couple of people behind me and then I think three or four who did not finish. I have to say I am proud of myself, because there was a point there where I wasn't sure if I would be able to push forward. I think I'll definitely go out and do some more cross races. They are fun, but I don't see myself going and spending $800+ on a cyclocross bike. There are some people out there with just way to crazy of physical conditioning.