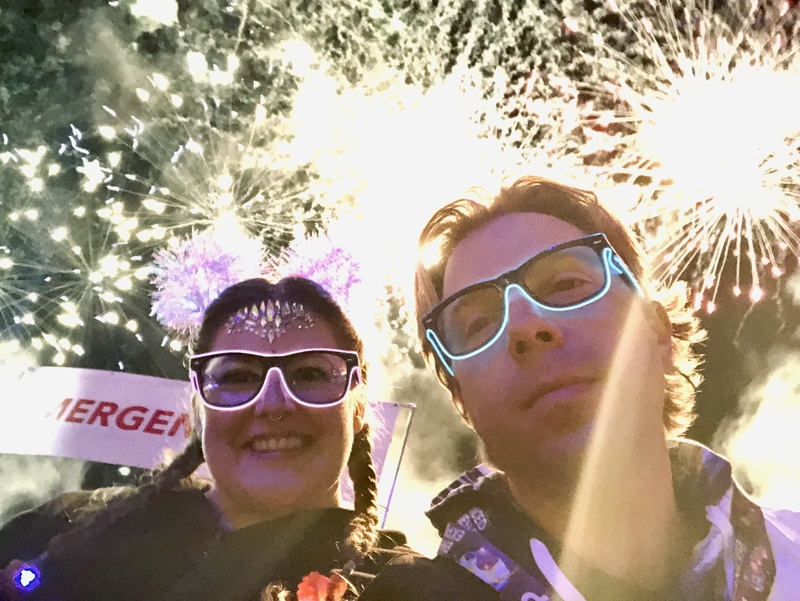 Megan and I attended Electric Daisy Carnival (EDC) last weekend. It was quite simply one of the most amazing experiences of my life. A rave, a festival, an art installation. It was an experience that is truly hard to describe. It took place at the Las Vegas Motor Speedway and had nine main stages that covered most genres of dance electronic music. In addition to those main stages, there were probably dozens of other artcars, sounders and other installations around the entire complex. Ohh, and it also had a carnival in the center of it.

The vibe of the entire event was something unlike I have experienced before. Almost pure positivity from the attendees and you could feel the mantra of the event Peace, Love, Unity, Respect (PLUR) throughout most of it. Of course there were minor instances where intoxicated individuals were rude, but that was mostly few and far between. It is 100% something I need to do again and the post euphoria come down this week after the event has been pretty hard to digest.

We have intentions to attend Electric Forest next summer and then go back to EDC in Spring 2023. You can find most of my photos and videos over on Instagram, but I have spliced together highlights in the video below.