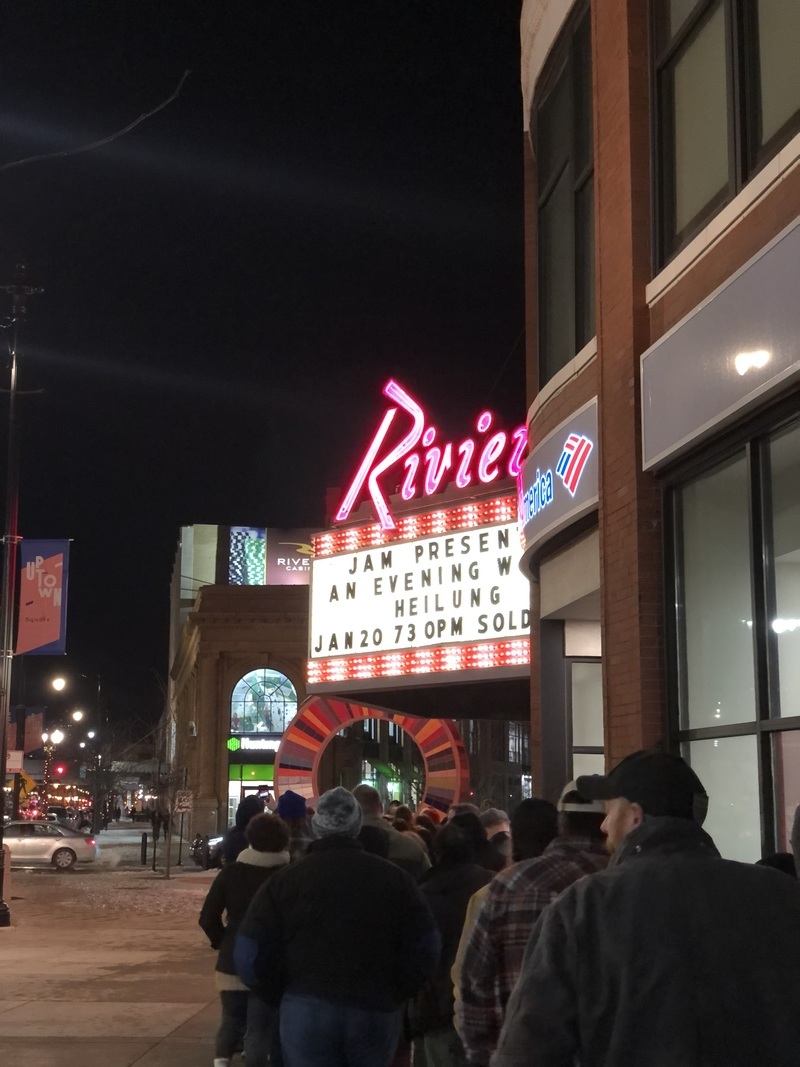 Megan and I went to a great concert last night to see Heilung. Heilung is a sort of folk Scandinavian pagan band. I discovered them on Youtube about a year ago by accident. They were somehow recommended to me through Youtube's recommendation system, and I stumbled into watching an entire concert by them.

They are doing their first US tour right now and Megan and I jumped at the chance to see the show. We thankfully got tickets and they sold out very quickly. So fast in fact that the show changed venues from the Vic to the Riviera Theatre.

So the show was a 7:30 show and Megan and thought we would get there early, around 6:00 to get in line. Little did we know, the line extended around the block on three sides. Thankfully we got in pretty early and Megan grabbed some fantastic seats in the balcony.

Download IMG_3732.mov
So the show started, and it was just as good as we hoped it would be. So enough of all the description, I'll just post some photos and videos.
Download IMG_3730.mov
Download IMG_3726.mov
Download IMG_3728.mov
Download video_1_0ca0a264c36e49e093405698316911ea.mp4
Want to hear more of Heilung? Here is the video that I originally saw them on:
You can also check out their music over at Bandcamp. https://heilung.bandcamp.com
views