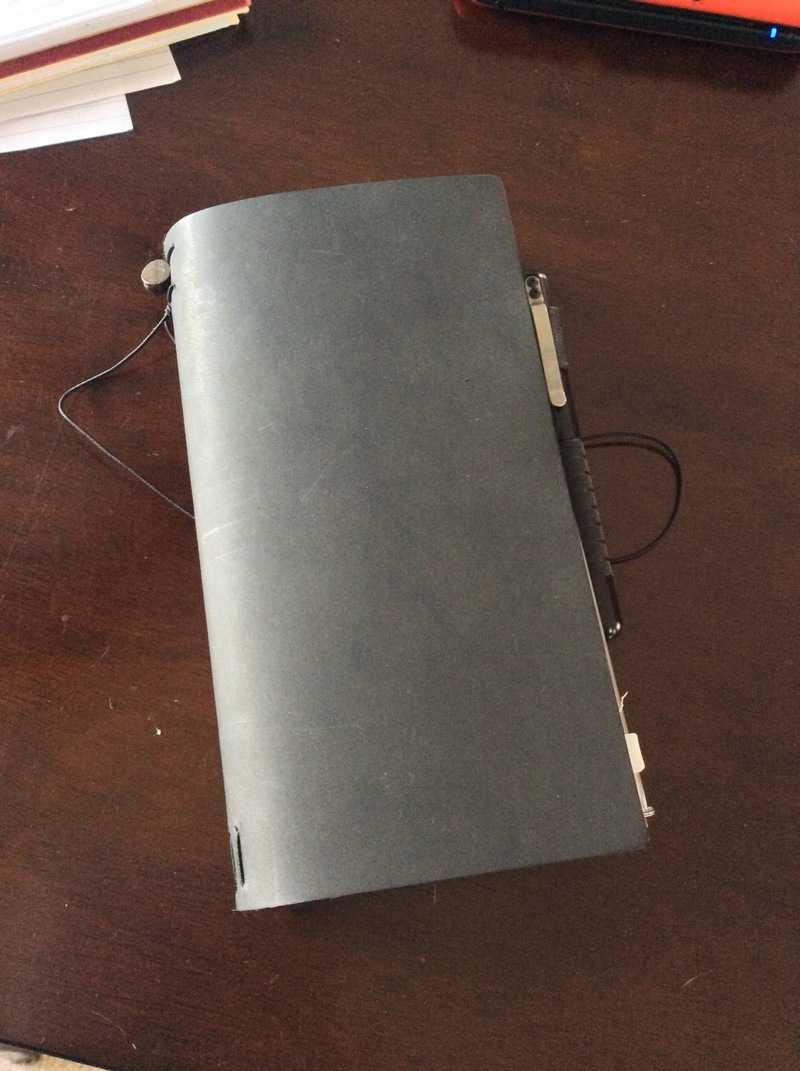 This past Christmas just about everyone in my family received Midori Traveler's notebooks as gifts. The idea started out with me from my motorcycle trip this past summer to the smokey mountains. I had wished during that travel that I had a notebook to write a daily journal of the trip while i was on the ride. My idea originally began with the concept of utilizing a Moleskine notebook. As I continued my research though I found out about the Midori Traveler's notebook.

Long story short, I ended up buying everyone notebooks since a lot of my family has either been traveling a lot this past year, or will be traveling this coming year. I found myself though coming out of the holidays with no book for myself, despite the idea sort of originally being for me. Megan bought me a notebook for Valentine's day and went a step further by making some custom paper booklets for the notebook. You can see one of them with some pantone paper pictured above.

I also decided to modify the notebook by adding some addition spine strings to it following this video from the "Stuff and Things" youtube channel.