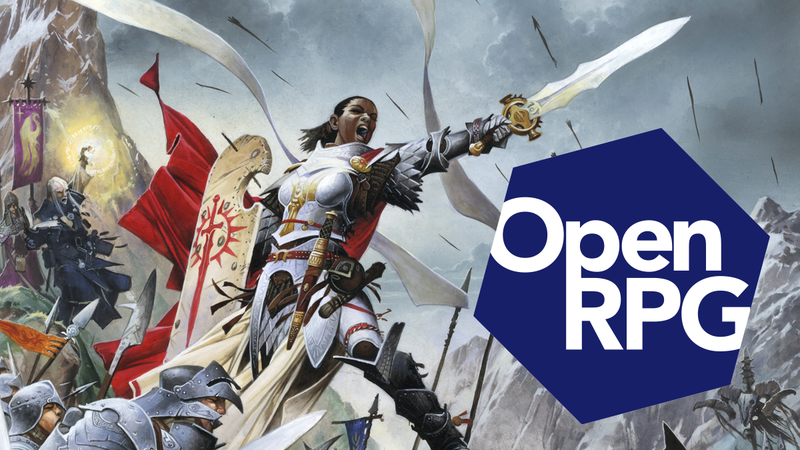 If you are not in the tabletop gaming world, you may not have heard about the controversy surrounding Dungeons & Dragons for the past couple of weeks. In short, Hasbro, who owns Wizards of the Coast (WOTC), who make D&D had leaked an update to their gaming license that would've imposted some severe restrictions upon content creators, 3rd party publishers and pretty much anyone who did anything creative within the D&D world. What is/was known as the Open Gaming License 1.0a (OGL) has been around for around 20 years. This licenses allows content creators to create content in and around D&D without imposing upon WOTC's copyright or trademark. For example, you wouldn't be able to call your book a D&D book, but you could say something along the lines of "it is 5e compatible and has these new monsters I created".

This all got into a big mess when WOTC had their new OGL leaked. There were many problems with it, but most notably it appeared to revoke the previous license, implied that WOTC could claim the rights to creator's work and required creators making more than $750,000 annually to pay ~25% royalty. It was a shit show to put it mildly.

Gizmodo broke the story and it put the fandom into a maelstrom as WOTC failed to repond. When they finally did, nearly two weeks later,  the community was not pleased.

As result, multiple companies in the TTRPG industry have now struck out on their own to avoid any potential issues like this in the future. The backlash to WOTC has been so strong and so swift that they have essentially now created more competition in the market against themselves. Kobold Press has announced that they are making their own RPG system, code named Project Black Flag, which will likely be a 5e compatible system (aka 5.5). MCDM productions announced their new system and Paizo has announced they are leading and effort with multiple other publishers to create a truly open gaming license to be called ORC that can be applied to any gaming license.

On top of that the Electronic Frontier Foundation and Cory Doctrow have chimed in with numerous other sites detailing how the original OGL was not even needed and how it even restricted some rights which might be inherent.

In the end it has been quite a disaster.

At this point I don't intend to stop playing D&D, but I think this might be an opportune time for our group to take a look at some other RPG systems and try those out for 2023. Paizo has put many of their books one sale this week to encourage some different play.

There have been quite a few other games that I have had my eye on for a while and some more that have been brought to my attention as a result of this controversy. Here are just a few that I hope our group will get to play in the next year.

Probably the closest competitor to D&D, it uses a D20 system and probably has a bit more depth, a bit more math and a bit more crunch. Paizo has been known as a pretty good company in the industry though. run by people passionate about the hobby. It is actually where I first got started playing.

I have played this Aliens inspired Sci-Fi horror a couple of times before and I backed the kickstarter for the official first edition which should be coming out in the next few months. I really like this system a lot. You can create characters in a few minutes, i captures that dark Sci-Fi aesthetic with just a bit of cyberpunk and the entire system is setup in a Zine style with great artwork. Just checkout some of the books they have published.

The system is deadly, which makes it great for one-shot adventures, but I am curious how to turn something into a longer campaign.

Cairn has caught my eyes as a low-magic system to run possibly as a quasi-fantasy horror session. It aesthetically has a lot of similarities to Mothership for me and it is released under Creative Commons. It might be really fun to perhaps try and run this with "The Lost Citadel" campaign setting. Cairn also has a wonderful set of artwork that you can use to built your character with.

Finally, I would like to try the Good Society. I've seen a bit of it being played on Dimension 20's "A Court of Fey and Flowers" series, where they have combined this system with D&D to get a sort of hybrid. It looks like a really fun, "no dice" social based RPG that uses cards to guide players on their desires and needs in a Jane Austen style setting. I ordered the book and it looks like it could be a lot of fun with the right crowd. It even has a 2 player and LARP option.

Finally there is Ironsworn. Another low magic fantasy system that has been getting a lot of good recommendations. It looks to be quite a bit heavier than Cairn, so this one may be harder to pull off,  but I would love to get into it if possible.