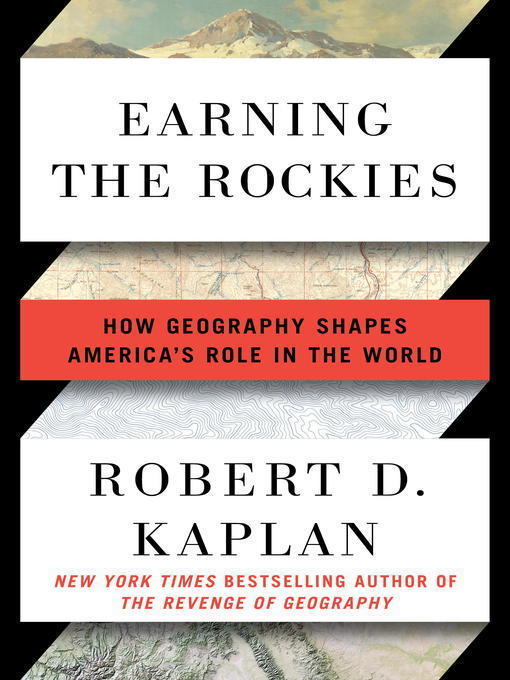 Earning the Rockies: How Geography Shapes America's Role in the World by Robert D. Kaplan
My rating: 3 of 5 stars

This book sure comes away with a lot of quotable one liners.

I liked the concept that Kaplan was going for here, the idea of chronicling America's geography and influence upon its place in the world. The final execution though seems to be all over the place.

The first third of the book comes across as an almost "Ken Burns style" historical discussion on the history of the country. I found this early section the most interesting, with its invocation of the "Great American Frontier". Bernard DeVoto was mentioned several times (which makes me want to go read his books) and there is an almost romanticized portray of America's growth.

The tone shifts, almost suddenly, to a modern day narrative of Kaplan then driving across America from east to west to describe the importance of the rivers, natural resources and the trade impacts of the interstate highway system. The sudden shift was a bit jarring as was the change from a historical narrative to a more modern one.

The final leg of the book then shifts once again to discuss geopolitical conflicts and the U.S. military and U.S. Imperialism. At times Kaplan infers to the impacts of geography on other nations and I think he was trying to illustrate how their geography has influenced their growth compared to the United States'. He doesn't go into enough detail on other nations' geography to bring the message home though. China, India and Russia are only briefly mentioned, their rivers specifically, but there is no deeper discussion about their natural resources, political divides or varying climates to counter against what he states for the U.S.

The final section also comes across with a pro-imperialist message, describing that the world economy, culture, etc, are the way they are because of America's military might and geopolitics. I don't believe his insights are incorrect, but he doesn't take much time to explore any of the counter points on the imperialist agenda. The message again comes across as a bit altruistic.

Each of these three sections were fairly interesting on their own, and should probably be expanded to their own books. I just felt that they didn't quite come together with cohesion as a single unit very effectively.