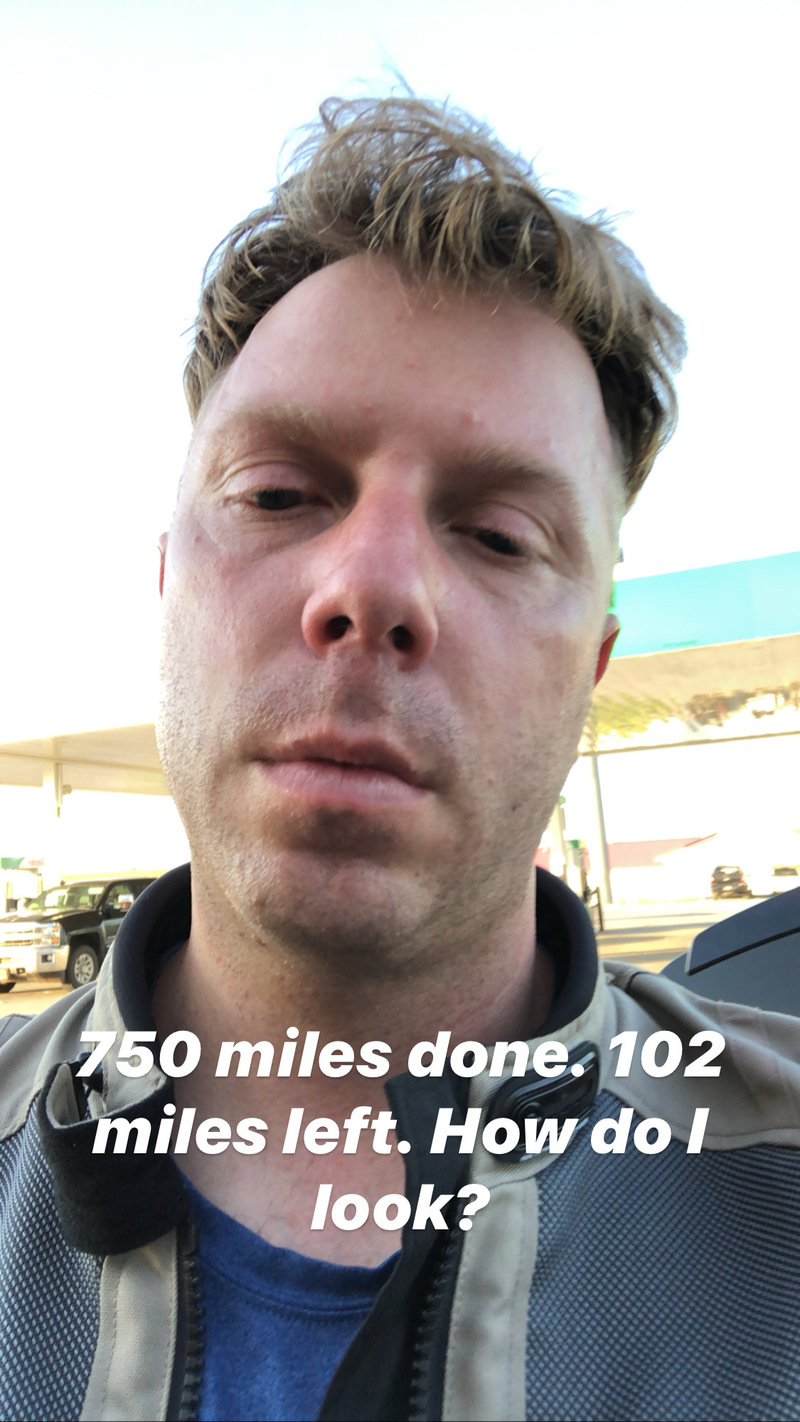 The ride kicked off heading out of Chicago and our destination was Wall, SD on the first day. Approximately 853 miles on that first day. Most of you who are motorcyclists know that the trip across Iowa and South Dakota is pretty uneventful. When we arrived, food was unfortunately a bit difficult to find. Due to COVID-19 the resturant situation meant that many places were closing early, and unfortunately this was going to be a problem that persisted for most of the trip. 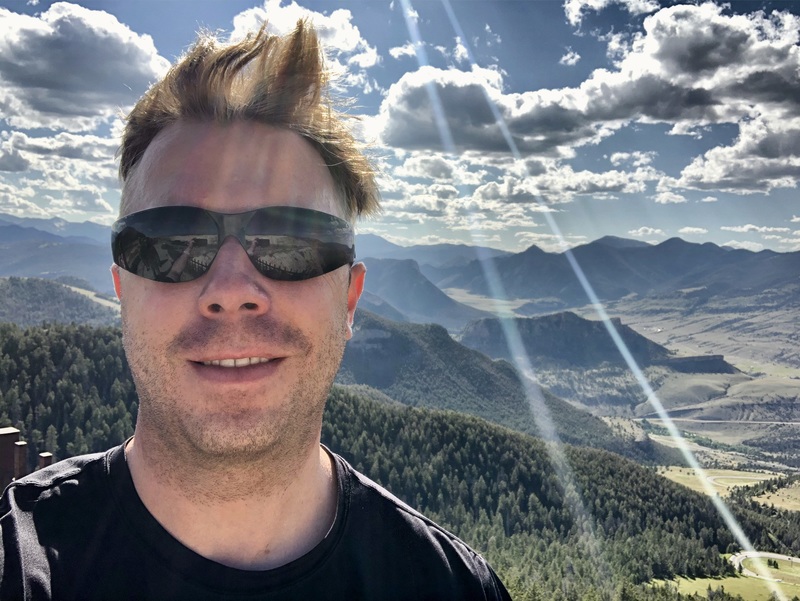 Day two was are first day of fun riding. 577 miles, most of the morning was on the highway, but we had some highlights through the big Horn Mountains and then we passed into Yellowstone, ending the day in Gardiner, Mt. That evening we had a chance to grab a bison burger at a great outdoor place across from our hotel. Gardiner was a great little town, and I would have loved to spend a little more time there. 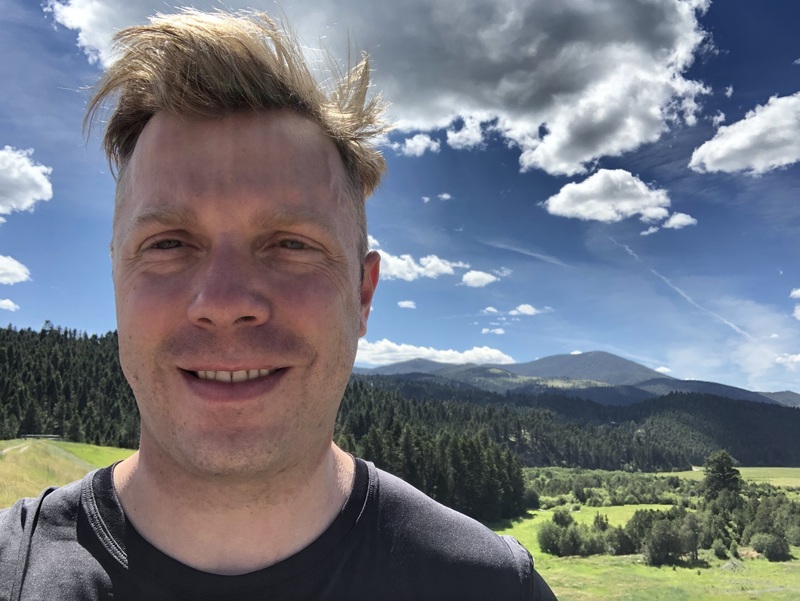 Day three took us back through Yellowstone and then north into Montana where we ended the day in Kalispell. Kalispell as surprisingly a dead town. Almost no one was out and about and once again, finding food was difficult. 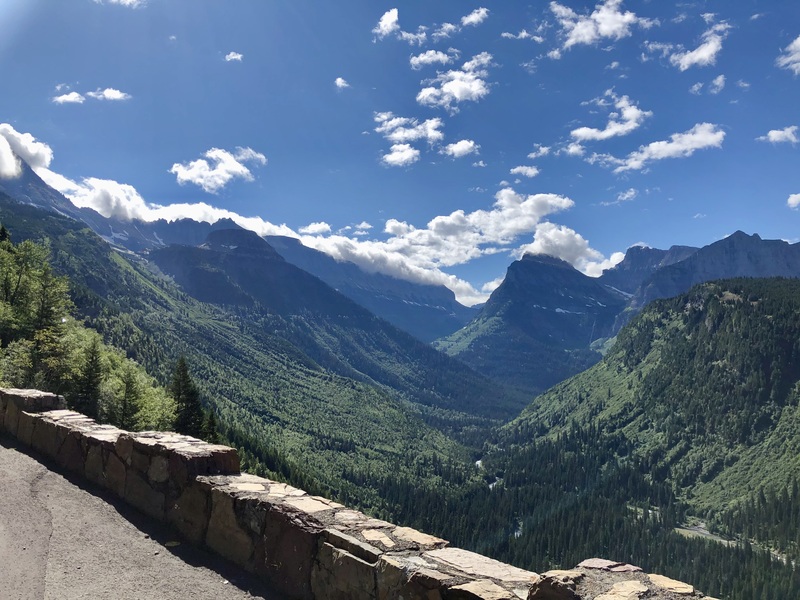 Day four was our trip through Glacier National Park and the "Going to the Sun" Road. This was a highlight of the trip for me. The road is not one that you can speed upon, but the scenery was pretty much unmatched. The west side of the park on the Blackfeet Indian Reservation was closed due to COVID-19, so we were only able to go as far as Riding Sun. If you see my video above, some of the views are absolutely stunning.

After the Going to the Sun Road we headed north out of the park. I decided to do a bit of solo riding for the remainder of the afternoon, Unfortunately, just about ten miles outside of our final destination in Coleville, I got a speeding ticket. I feel it was a bit of a trap. The speed limit was marked as 60 mph and I was going ~67. The speed though was supposedly marked down to 35 since the road was under construction. Everyone on the road was going the same speed. The officer was nice enough, but I just didn't care for the situation honestly. 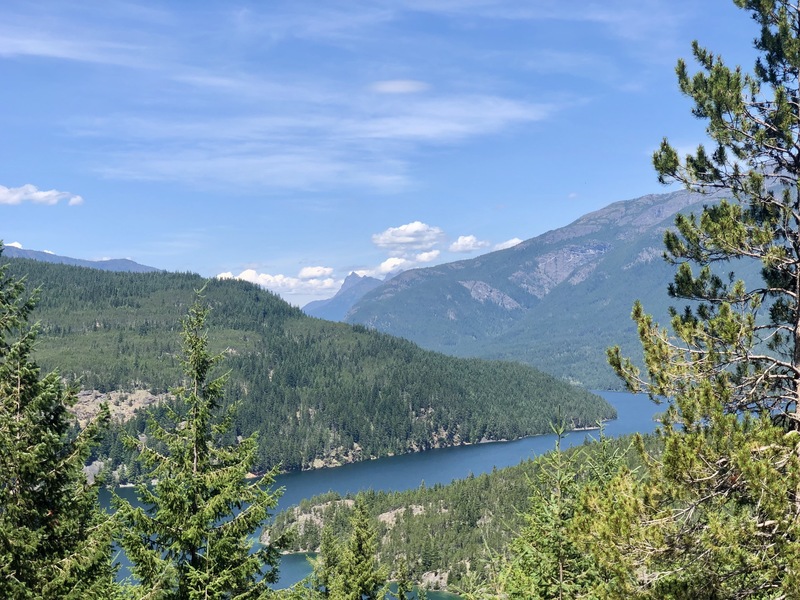 Day five was a rewarding, but extremely long day on the bike, clocking in at about 478 miles. We had some amazing roads and made our way through the north cascades and came to within just a few miles of Seattle. One of the most fun riding days for sure.

The only downfall of the day was the length. We unfortunately did not get a chance to really experience Mt. Rainer and we arrived at our hotel around 10:00 pm that evening. The town that we rolled into was called Packwood and was little more than a hotel, a gas station and a few other buildings at an intersection. The local restaurants were closed when we arrived so food was from the nearby gas station. 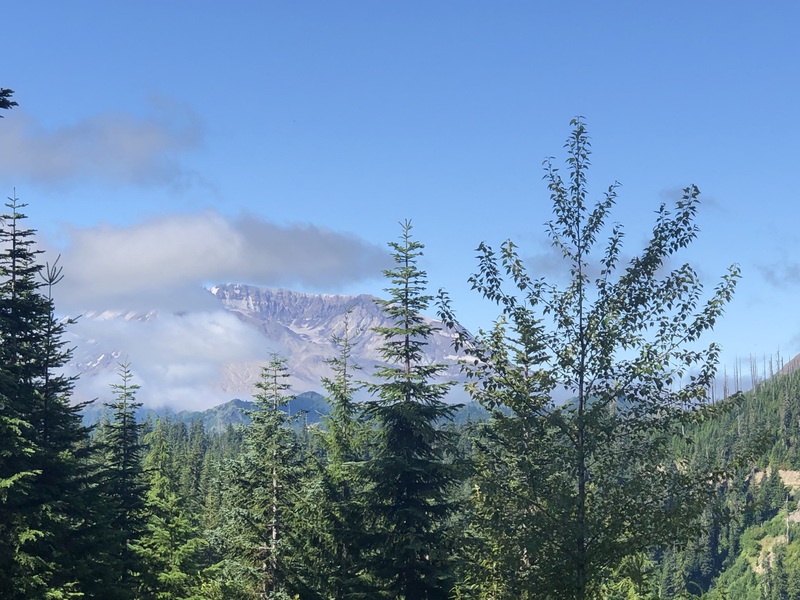 Day six was another highlight day for me. We headed out to Mt. St. Helens and the ride up to that was fantastic. The second half of the day took us out into Oregon and some very impressive plains areas. 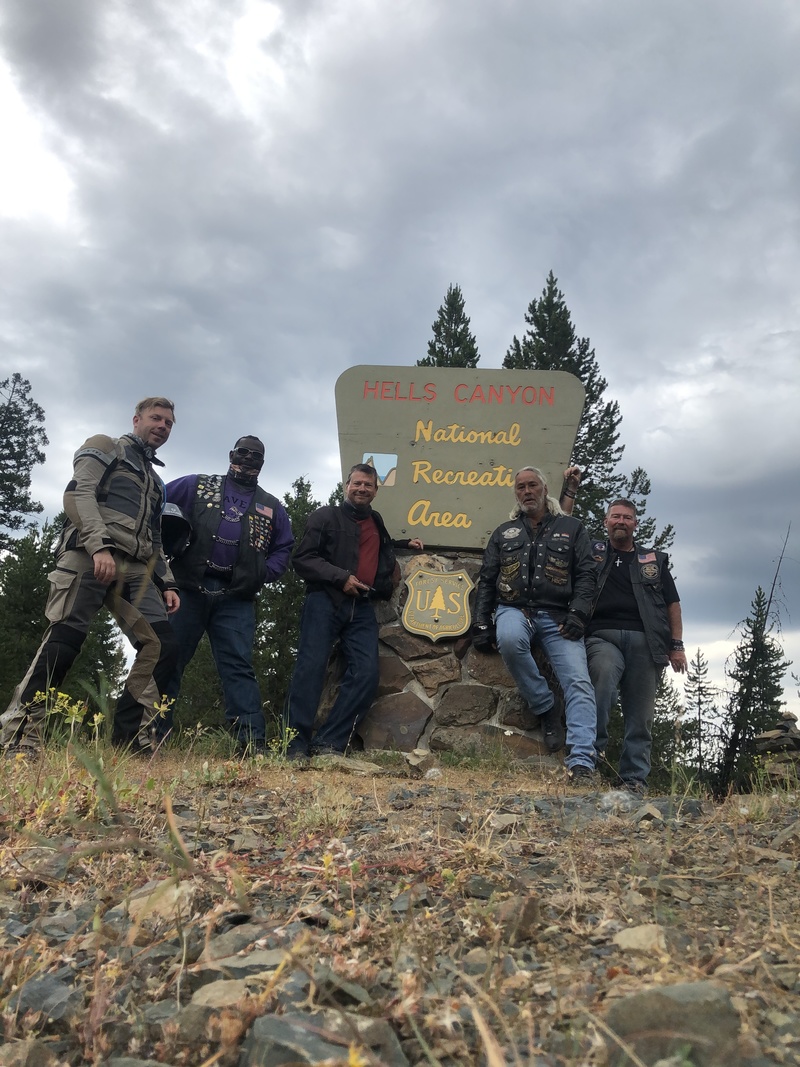 Day seven takes us into Idaho. Hell's Canyon was a fantastic route that we were on most of the day. We had our first blast of rain in the valley of Hell's Canyon. Great ride, that would absolutely be worth riding again.

A really surprising highlight was right on the border of Idaho and Oregon on Rt. 71 near a damn on the Snake River. Of course my GoPro was dead at this point, so I didn't get footage of one of the best twisties on the whole trip.

We ended the trip in Boise, which gave us the opportunity to enjoy a rare dinner in the evening. Mexican food, and man did it taste good. The rain plagued us for a bit of dinner though and we were seated outside which resulted in an interesting experience. The rain stopped as the food arrived though and it all worked out. 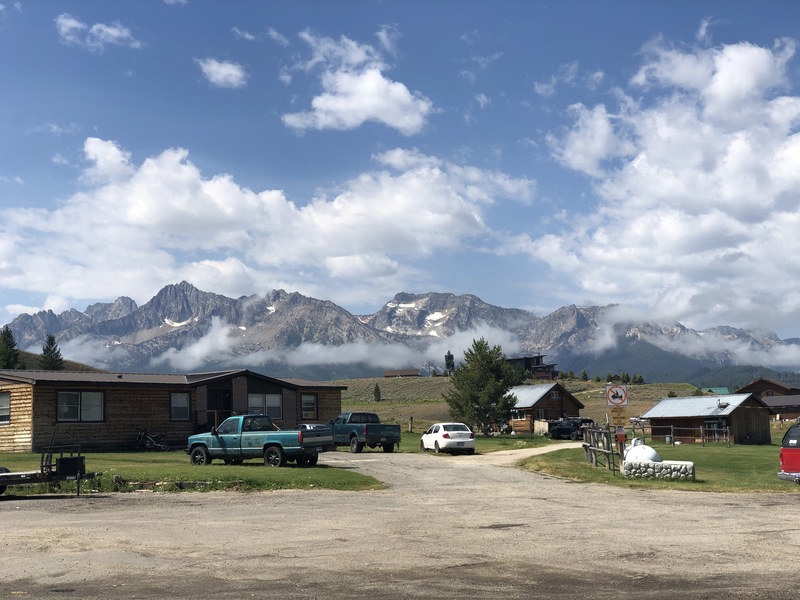 Day eight had some nice roads just east of Boise. A few mountain passes put us in a pretty nerve wracking situation with getting low on gas. We stopped by a National Park which I had never heard of before called Carters of the Moon.  It was a very interesting place. We also passed through Grand Teton National Park around sunset, which was a gorgeous view.  We then made our third pass through Yellowstone late at night, which again made for a fairly nervous evening.

Day nine begins our journey back home. Leaving Yellowstone we did a trek through the Bighorn National Forest. Once again hitting a near empty gas tank situation, we got lucky at the peak near a place called Burgess Junction, in which the hotels in the area happened to have gas. This area was clearly a bit off-road attraction. Had we not been nine days into the trip at this point, I think I would have enjoyed this area very much. Unfortunately I was so tired at this point that it sort of became lost on me. 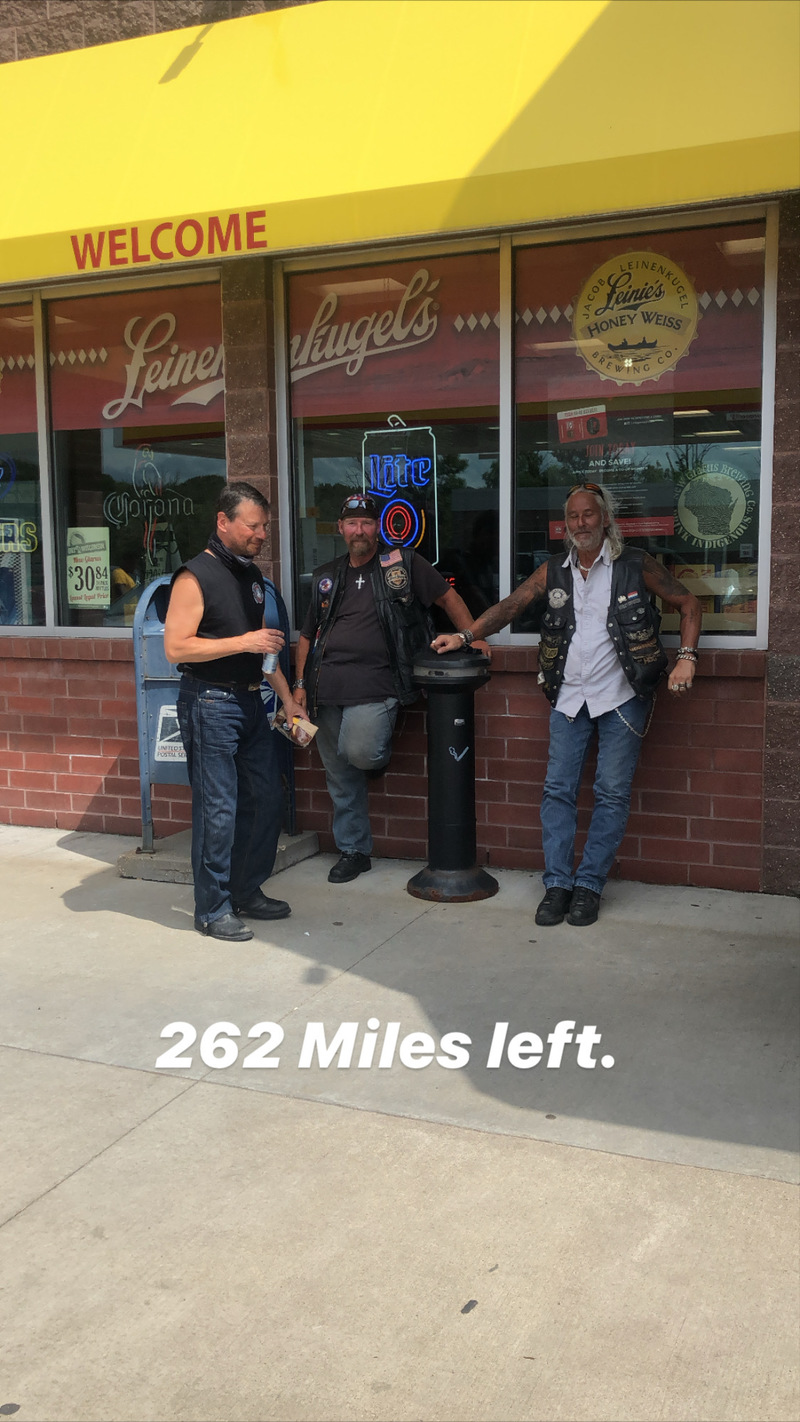 And here we are at the end of the trip. The long haul back to Chicago has no good ways to get back. The most notable part of this last leg was probably the thunderstorms that hit us right around Madison Wisconsin. We attempted to power through, hoping that we could get ahead of the storm, but unfortunately traffic ground to a halt on the highway and the storm was moving southeast at the same rate as we were. After about an hour of riding through the torrential rain, we finally pulled off at a gas station to take stock of the situation.

Luckily, we finally found a sliver in the rain that allowed us to finally get ahead of it around Jainsville and the rest of the ride back to Chicago was uneventfully, if not very hot.

Overall, great trip. I wish we had a bit better food, but the riding was pretty great.