Remember a couple of months ago how I stated I was going to be DM'ing a D&D game despite never having played the game before? So, some of you may be wondering how that is going.

Overall, I think everyone is having a great time, including myself. There are certainly some learning curves and road blocks along the way, but I think everyone in the group is rolling with the punches as best we can. There is a quote that I saw online that I think sums up common problems;

There has been two encounters so far in the game where the fight dragged on way longer than it should have. Both times the battle took up most of the evening's play time and I could see that several of the party members were beginning to get bored. I wish I was able to do better in those and find a way to resolve the conflict more quickly, but I'll just chalk that up to inexperience and move on from there.

One of our players and his wife clearly have played a lot, so he has been wonderful to help me out on some rules questions without interjecting himself too much into the role of being a "sideline quarterback".

Here is a quick smattering of some of the more memorable moments that have occurred in the game so far.

Now, we have had a couple of "rough" moments in the game and one of those moments spilled out to a real heated conflict during our session this past Friday. Throughout the game thus far there has been a sort of "mistrust" dynamic between the Wizard and Monk in the group. So far, it had always been a sort of fun mechanic and the two of them had a "Gimli and Legolas" sort of relationship. They would tease each other, etc. Unfortunately, that back and forth spilled out of the game this past Friday and I had my first instance where I had to pull someone aside and talk to them about some conflicts in the game.

The problem started when our Monk indicated that he was part of the Zhentarim faction. The group had run in with some NPC's from this faction near the beginning of the game and our Monk was not yet playing with us. When he revealed his membership, he did so in such a way that the people playing the game knew about it, but that their characters would not. This resulted in some problems where one of our members began to unreasonably challenge and question our Monk and in the end he actually just decided to stop actively participating in the game at all.

It resulted in a pretty awkward situation for everyone sitting around the table. I talked to the character and I hope that everything has been smoothed over and we can continue without any issues as we move forward.

Overall though, I have to say it has been an enjoyable experience playing and DM'ing so far and I can see myself doing more of it. 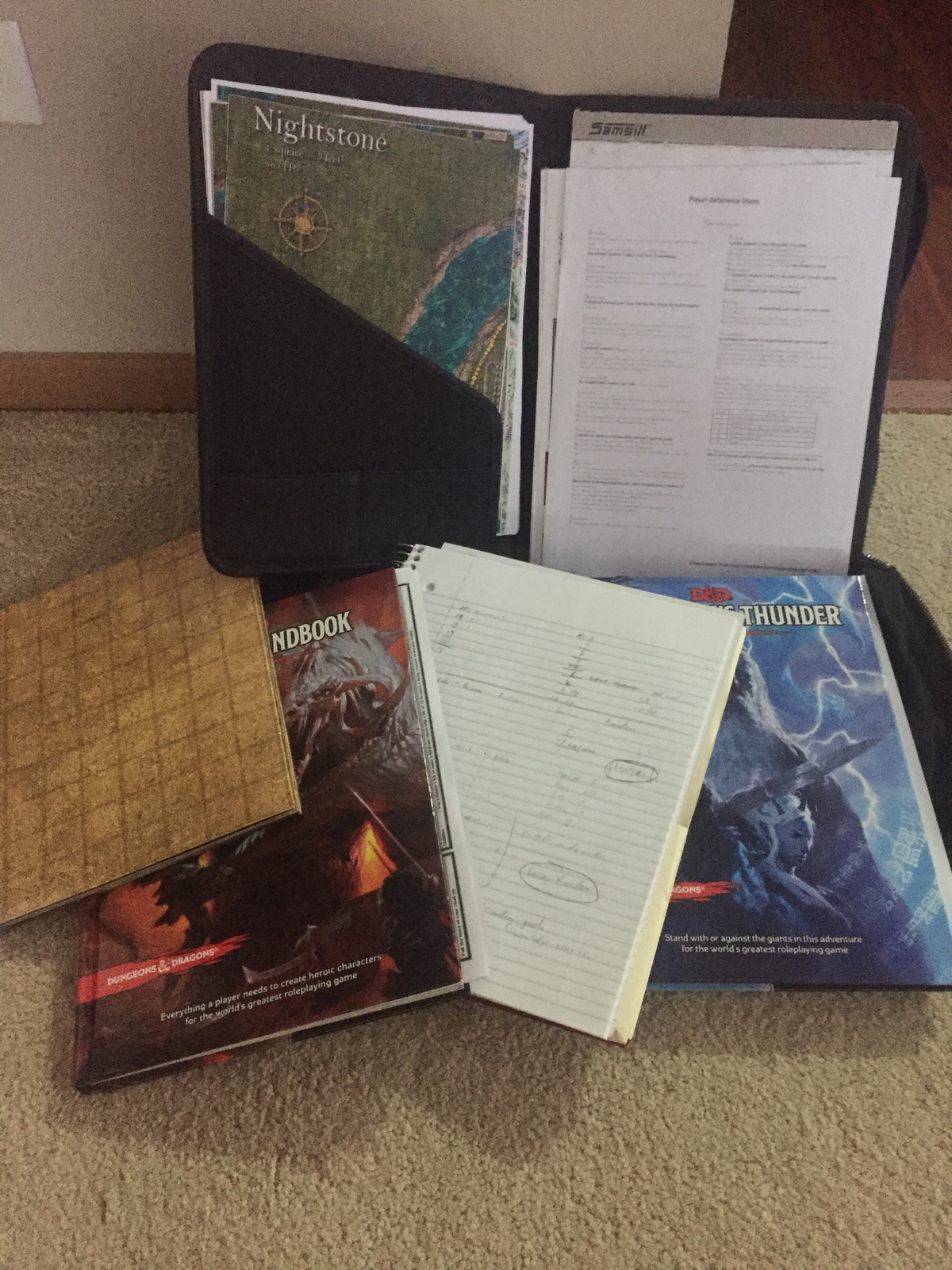 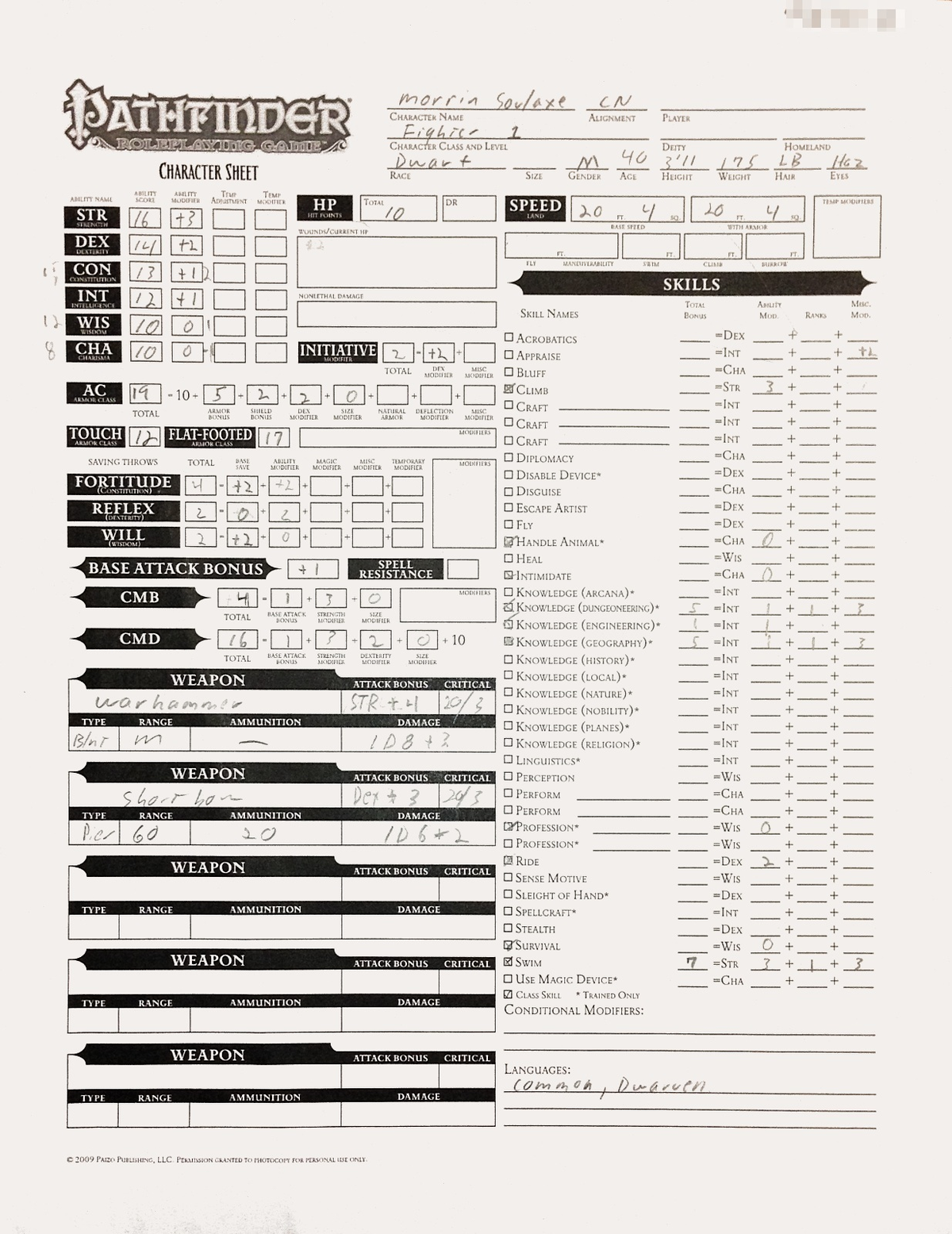 So, over the Thanksgiving weekend, Megan and I went to our new favorite small business, the Wandering Dragon over in Plainfield to support small business Saturday. I think we are going to start a tradition of buying a game or two every small business saturday there. Browsing around the store I wasn't exactly sure what I wanted to pick up. Then I saw sitting on the shelf the Pathfinder RPG starter kit.

This is an RPG I have heard a lot of people talking about over the past year. For those who don't know, it is an RPG just like Dungeons and Dragons. There is a dungeon master who leads several adventurers on a quest to go and do something. Paizo created the RPG back in 2009 after Wizards of the Coast decided to change their publishing rules. Forbes of all sites actually has a really good review on the box and an interesting insight on how the whole thing got started.

So I picked up the starter kit and spent the weekend going over the box and I really found the whole system interesting. Call it luck or call it good planning, but I noticed that the Wandering Dragon that very next Thursday was having a Pathfinder Society night. The Pathfinder Society is Paizo's world wide sort of story following the RPG. Players around the world in the society all play the same modules and stories together and then report their stats and details online to the site for tracking. It is sort of like and MMORPG but on paper.

Suffice to say I had an absolutely blast last Thursday playing the game. I just loved every minute of it and everyone else who was playing was really cool with me and made my play time really fun. I have to say I am hooked.

It is really a shame that I didn't get into this stuff more when I was growing up or even in college.