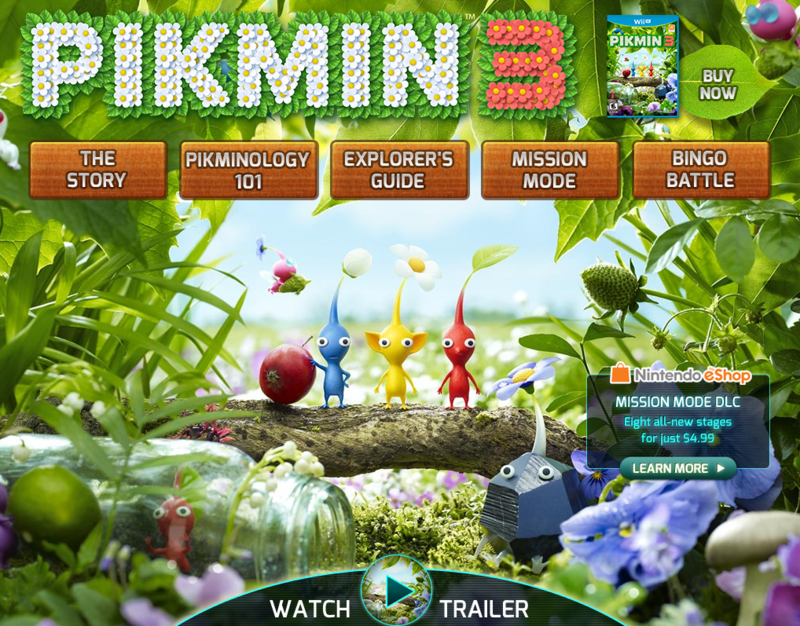 I haven't been playing my Wii U much lately. I have been trying my hardest to try and get some time into Monster Hunter 3: Ultimate on the console. I have spent the better part of the past month though just getting frustrated with that game. I wanted to try and like it. I was in the mood for something very "Japanese feeling", but I just couldn't get myself to like it. I had no idea what I was supposed to be doing most of the time and I unfortunately found most of the combat pretty boring.

My lack of interest in that game had me not really wanting to pickup the Wii U for a while. I finally had to give in and I am thankful I did. I should have thrown the towel in on that game weeks ago and I opened up Pikmin 3 that I downloaded with the purchase of Mario Kart 8. Now Pikmin is quite a good game. It is what I would call the perfect "laid back" experience that Nintendo does so well. The game is calming with very subtle music and design elements.  Tension in the game is mostly low and the payoff really comes from wandering around the world looking for fruit for your ship.

It has also been the best game to utilize the Wii U's gamepad so far. Not only does it make good use of the map functinality, but the Wii U's pad acts as a communicator device which pays off really well. It is definitely worth the pickup.