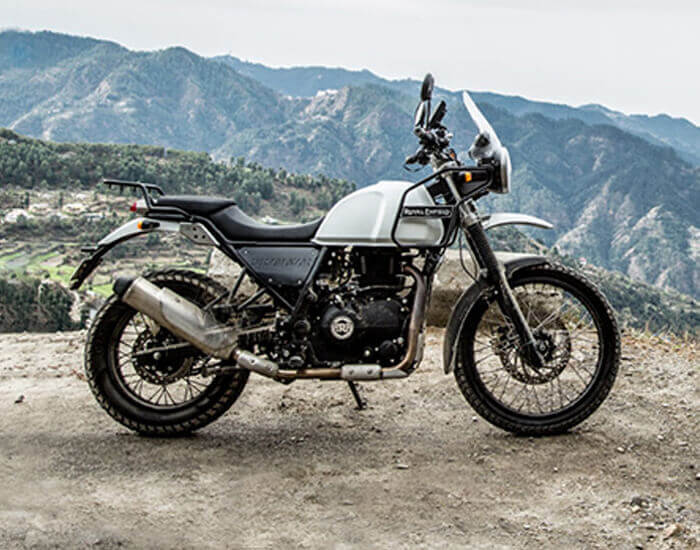 I was having a conversation over on Facebook the other day of my five most sought after motorcycles right now. It occurred to me that I made a Top 10 list back in 2013, and thought to myself, "Let's do this again". 2013 is nearly seven years ago now. So here is my current, Top 10 Motorcycles I want right now.

Quite a change in the list from my last one, and this is perhaps very reflective of the type of bike I am riding right now. When I posted the last list in 2013 only had my R 1200R for less than a year. The bikes listed then were very similar in size and type in a lot of ways. I am now riding a R 1250RT, which I bought last August.  That is a big bike, so it is no wonder then that some of my top list is small bikes.

Number one on my list right now is the Royal Enfield Himalayan. That bike has just infatuated me for the past couple of years. It looks like a ton of fun and everyone I have talked to has a ton of fun on it. I am also completely enamored with Itchy Boots, who is currently touring from South America to Alaska on one.

The Honda CT125 is another one of those bikes that just completely captures my attention. You might not even call it a motorcycle by the way it looks, and it is only 125cc, but it has a 4 speed manual transmission on it, and something about it's design just really is appealing to me. Seems like such a fun little bike to hop on to go to the store.

The other big standout on the list above for me is the Suzuki Katana. I have never considered myself a sports bike person, but the almost retro design of the Katana grabs my attention.

So, you may have noticed too that my list doesn't have ten bikes on it. Yeah, I have to say that I don't see ten bikes out there that really catch my eyes at this point. My RT sorta covers all grounds with the exception of some off-road fun and perhaps something just lighter for zipping around town on.