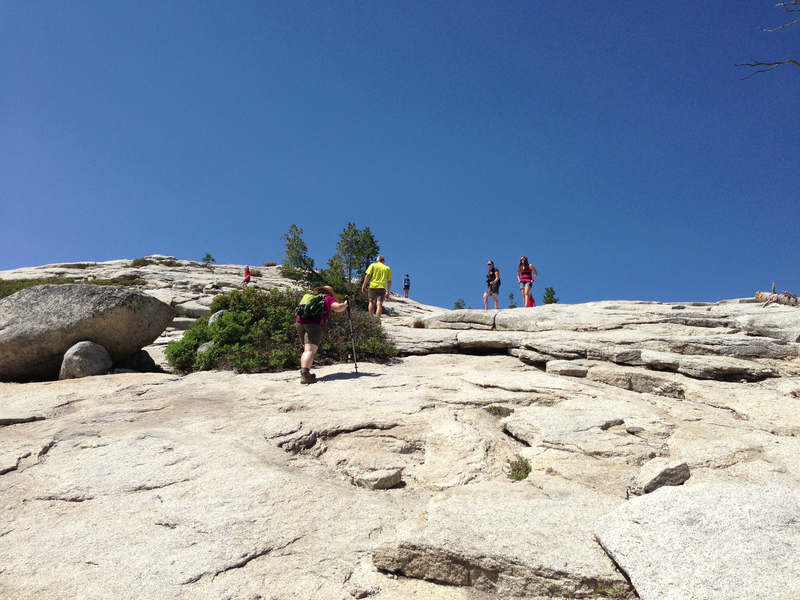 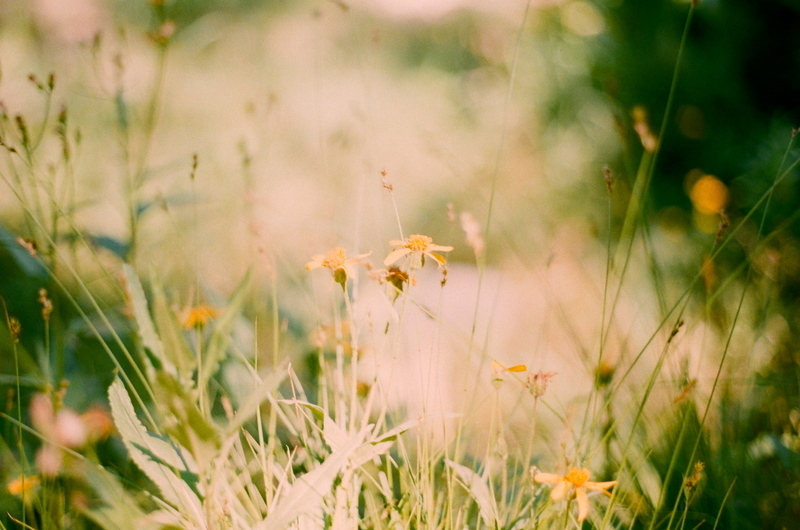 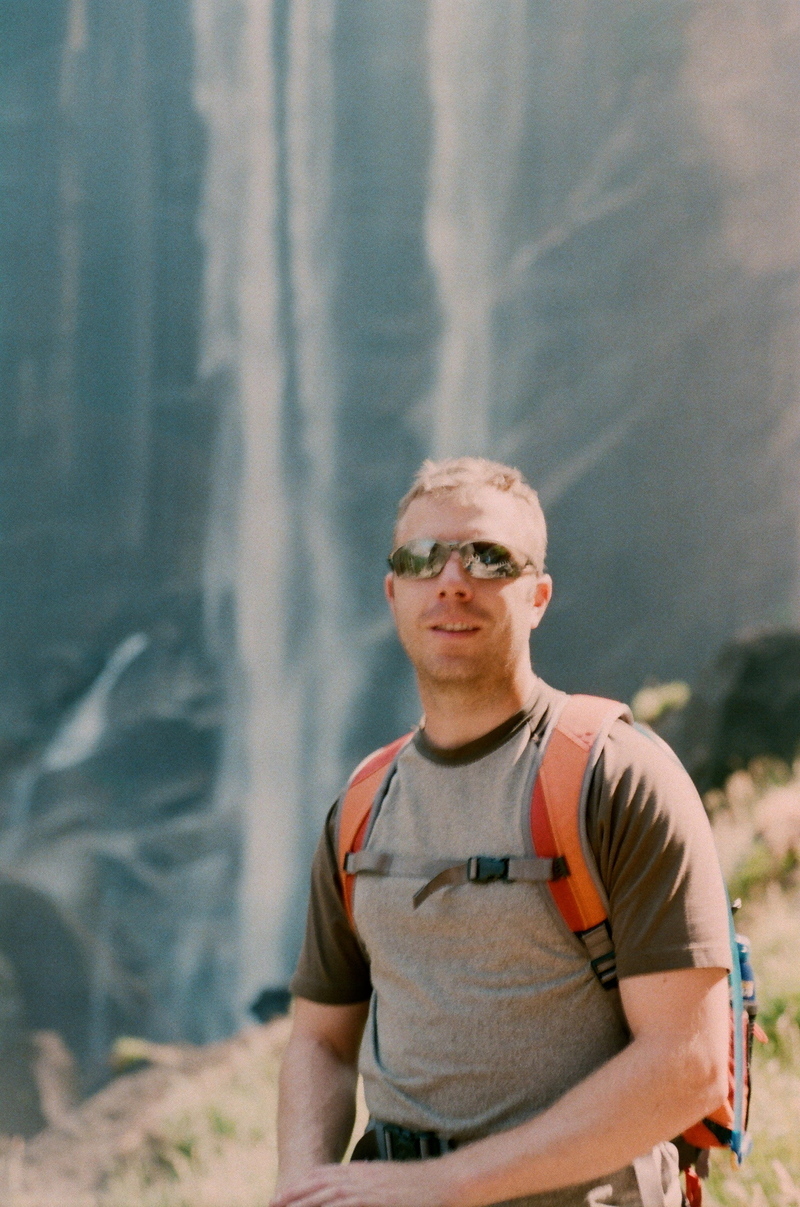 Our third day in the park was our first full day in the Valley. This would have been my day to do the Half Dome, but I unfortunately was unable to obtain a permit to do the hike. What we did instead was hike up the Mist Trail to the Vernal Falls and then ultimately the Nevada Falls. These were both pretty rigorous hikes, but the first portion of the Mist Trail was paved for the first mile or so. I was actually pretty amazed at how many people I saw who seemed unprepared for the hike, wearing sandals and tank tops.

We ultimately made it up to the Nevada Falls and there was a really nice pool at the top of the water fall to cool our feet off. On our hike down we decided to take the less steep John Muir Trail. This was brutal for Megan and the trip  took quite a while down since it really bothered her knees.

We also visited the Awahanee Hotel, which is the beautiful hotel in the valley that everyone who has money stays at.

That evening we went on the stargazing tour, which put us on a bus from the valley back up to Glacier Point. Yes, I did go there a lot. The star gazing tour featured a great tour of  the night sky. We were only able to stay until about 11:00, but you could just barely begin to see the Milky Way coming out. I wish we could have stayed until 2-3 AM though when the Milky Way really comes out. 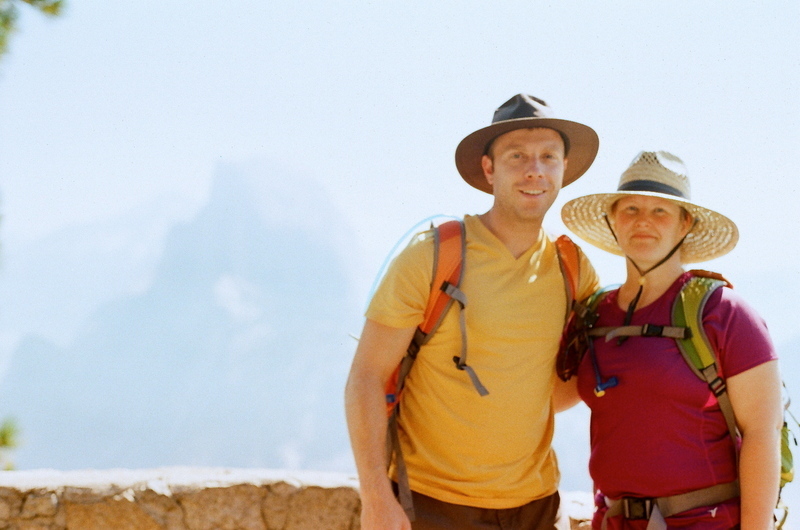 Day two in the park had us transferring down to Yosemite Valley. My initial intention on this day was to drive down to the valley and then hike up to Glacier Point. After looking at some maps and seeing some recommendations I noted that it would be quicker for us to just drive up to Glacier Point since it was on our way. This ended up being the ideal solution, especially since Megan's blisters were bad. We were able to get to Glacier Point fairly early in the morning and avoided most of the crowd. We were not disappointed by the view.

Next, on our way back down the mountain we stopped by Taft Point and Sentinel  Dome. Both of these hikes were very light, approximately 1.1 miles each and both again rewarded us with some great views. They were well worth the hikes and probably my favorite parts of the trip.

That evening we may our way into the Valley and then checked into Curry Village, with three nights to be spent in the Valley. 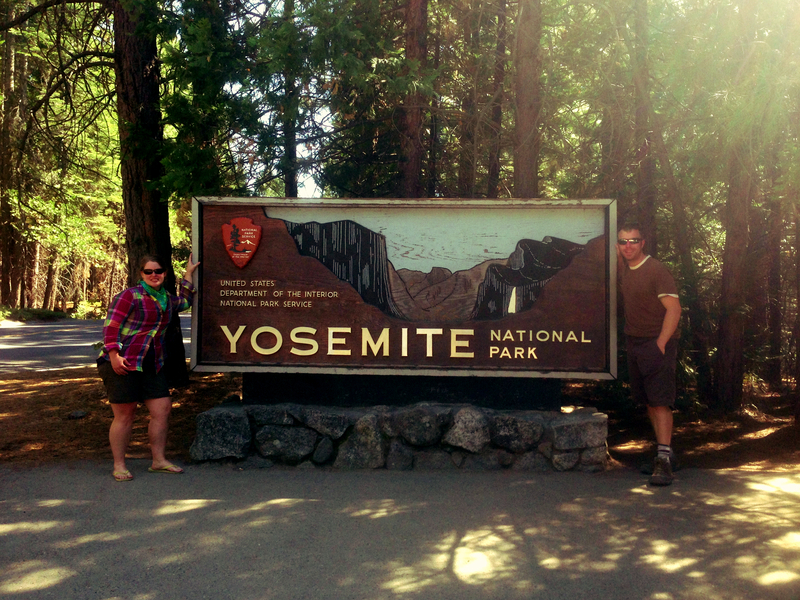