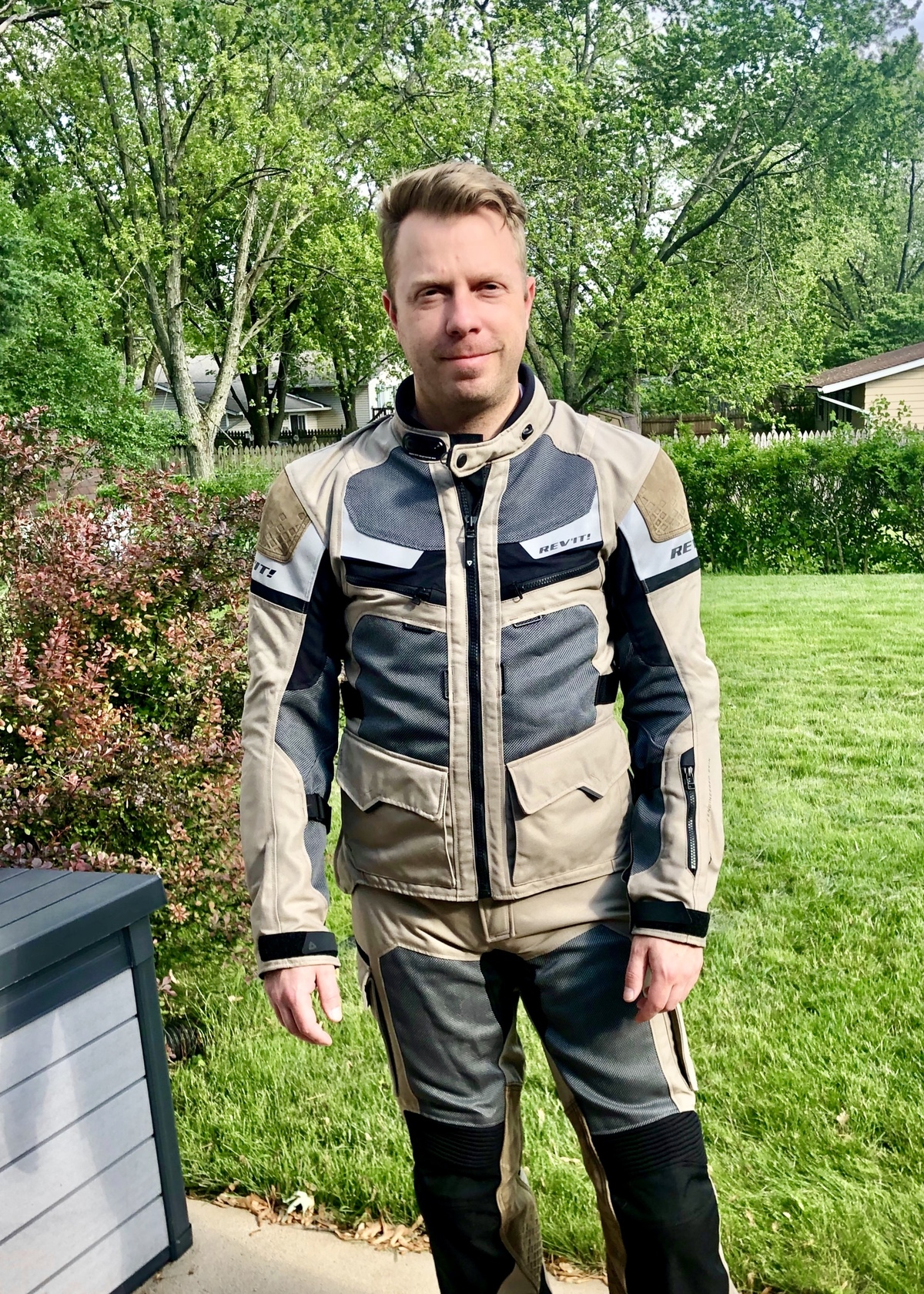 First look out of the box and my impressions were set high. The jacket and pants appear to be really well made and the nylon is much thicker and stiffer than I anticipated. In fact the jacket and pants overall are significantly more heavy duty than my Olympia Airglide gear i have been riding with. I was sort of expecting that the gear would be very lightweight, considering it is a warm weather riding setup, but it actually falls somewhere in-between the air glide and my leather gear in terms of shear weight. I actually think I would be fairly comfortable riding in this down to about 60 degree weather if I wore the right undergarments.

The rest of the build quality seems really great. Nice reflective strips along the back of the jacket, leather reinforcement on the shoulders and CE3 armor all over the place. In fact there is armor on the forearms, elbows, shoulders, back, hips, tailbone and knees. The inclusion of the back protector is really nice at this price point and I am glad I didn't have to buy it separately.

While reading reviews online, many people commented that the suit runs slim in its size. I am 5'8", ~165 and I typically wear a size medium for all of my clothes, including my riding gear. I ordered a medium for this as well and true to the comments online the fit is slim, or what some call a "european fit".  When on I probably have 2-3" of space between my body and the inside of the jacket when it is pulled taught. I was slightly concerned how comfortable this would be while riding, but after the first day, it presented no issues. The area I would anticipate most people having issue with would be around the arm holes. Those are much smaller than most jackets and the upper portion does fit snug against your lats under your arm. The jacket really feels more like you are wearing armor than a jacket, so put that visual in your mind in terms of fit.

The pants also had similar cut and fit to them, with the inseam being much higher than one would initially expect and the hip area fitting snug to my hips. Ultimately I think the comfort level will be up to the individual and how much they want a loose fit or not, but I would overall say that the sizing is still true.

After putting a couple of hundred miles in on the set during my first day, any concerns I had regarding the fit went away. The gear sat well on my body while on the bike and I had no issues with pinching, range of motion or anything like that. I did have to make sure I zipped the pants into the jack while riding however. When they were not zipped, I felt the pants were sagging in the back while on the bike. Rev'it does offer suspenders for this set, but the issue was mostly resolved once zipped in.

Let's talk about cooling, since that is one of the main reasons why I bought this setup in the first place. As I mentioned before this is a warm weather riding setup. I was a bit concerned about how cool this would be once I had it on since the nylon areas were much heavier and in a much tighter weave than I anticipated. The areas that do not have venting do not pass air very well, but the jacket does have a lot of venting. If you look at my photo above everything that is grey in color is an air vent. Those vents do pass air very well.

My only gripe on the air venting is with regards to the pants. As you can see from the photo, the pants only have venting on the upper portion above the knees. The black area where the knees pads are setup provide no airflow and below that there is also very limited airflow. If there is any major criticism to this set, it is that the lower portion of the legs have very little airflow on them. Unfortunate since the area from the knees down is the area that would typically be most exposed to air while on the bike. The upper thighs while riding are positioned up and not a lot of air comes across them.


One of the huge draws of this set to me was the amenities included. It has a lot of pockets, including four on the front jacket, one on the sleeve and one on the inside. There is also a large pouch on the lower back area that is expandable that can hold all sorts of items, including rain gear if needed.

In addition to the armor and back protection the jack also features a slot for a camelback bladder and a kidney belt strap. I tried out the kidney belt this weekend while riding and I am not sure if I like it yet. I was expecting it to provide more support for my lower back and lumbar area, and while I think it did actually provide support for my lower-mid back area, it did make me rather warm. I had the distinctive sweat ring around my shirt after taking the belt area off at rest stops. I'll have to see if the support is actually worth it over the comfort level as we move forward.

Here is where we'll talk about what isn't in this riding set. As I noted above, the jacket and pants do not come with any additional liners. I think this does make the set quite a bit more comfortable out of the gate and does help with the tighter fit overall. I already have a pair of heated thermal liners that I can add into the jacket and pants if needed. I have a few inches space in the jacket to work with, but time will tell how comfortable this will actually be with an additional liner inside.

Rain gear is the same ordeal. All of the rain gear I have tried inside the jackets and pants have always resulted in me getting wet, so this time around I will be investing separately in a set of external gear to put over this riding set.

Rev'it also offers a cooling vest that can be zipped into the jacket, but it is rather expensive. It is apparently manufactured by a company called Hyperkewel, I may look into buying one of their standard vests that I can just wear under the jacket. You can find those online for about half the price (~$50) and they offer much more cooling surface area.

Overall I really like the setup so far. The fit seems great and it does seem like a really solid setup. I still need to get some new gloves and boots before the summer season fully kicks off, but i hope to get those in the coming weeks. 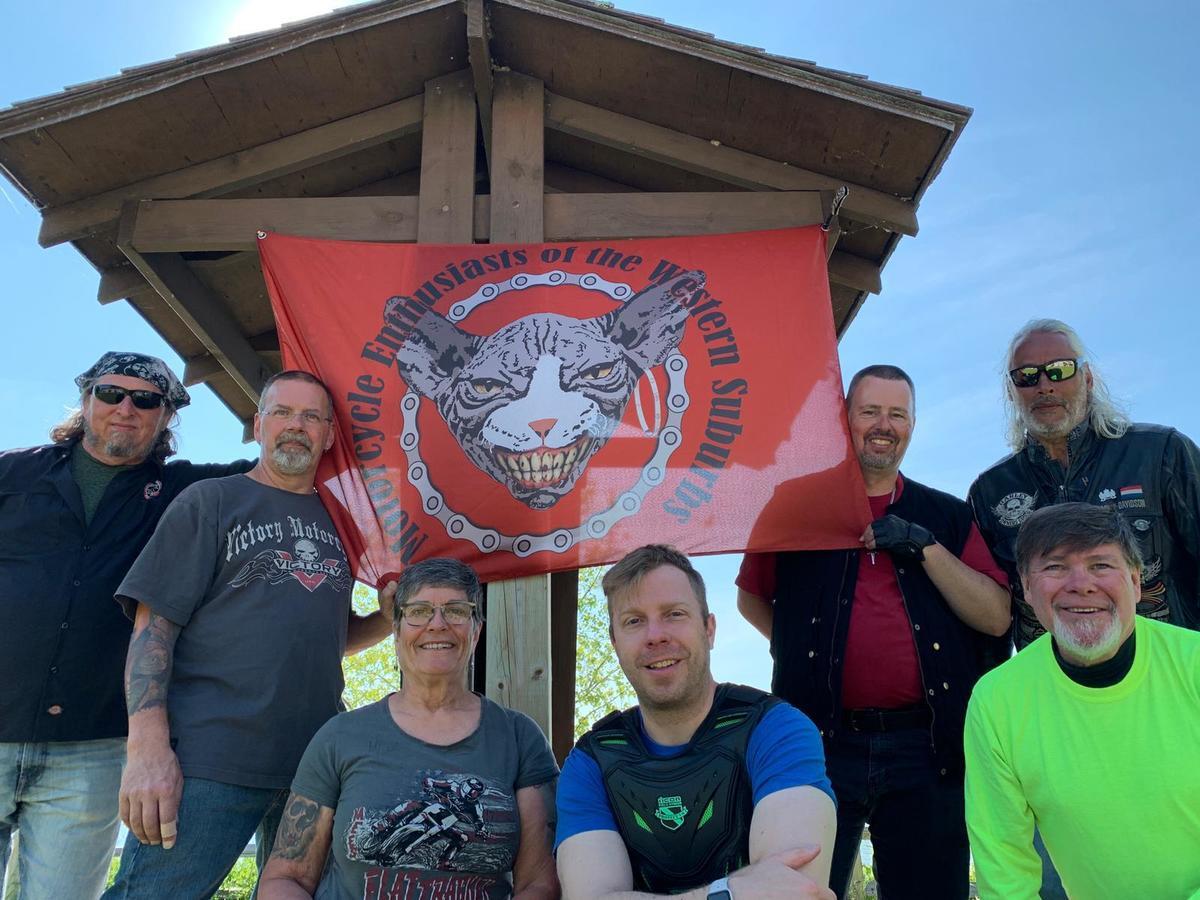